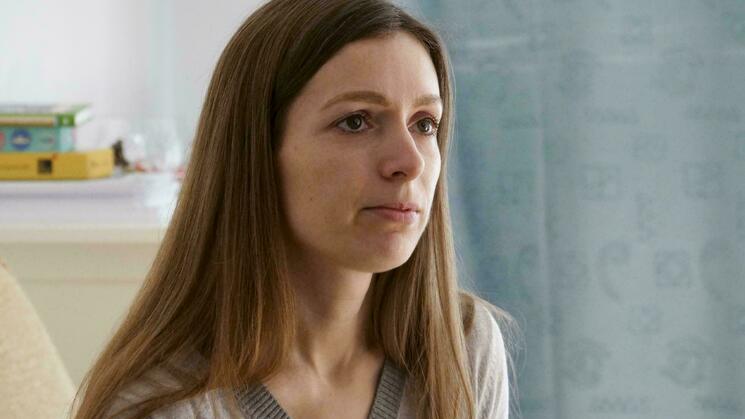 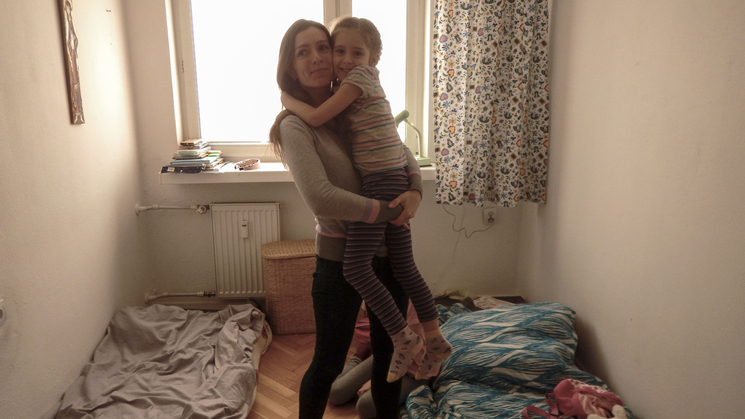 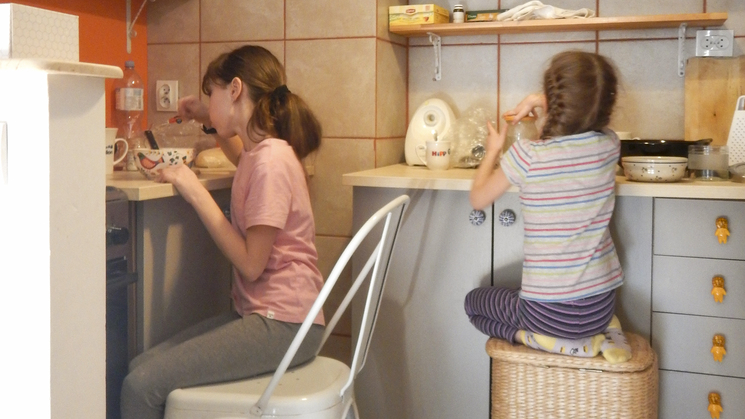 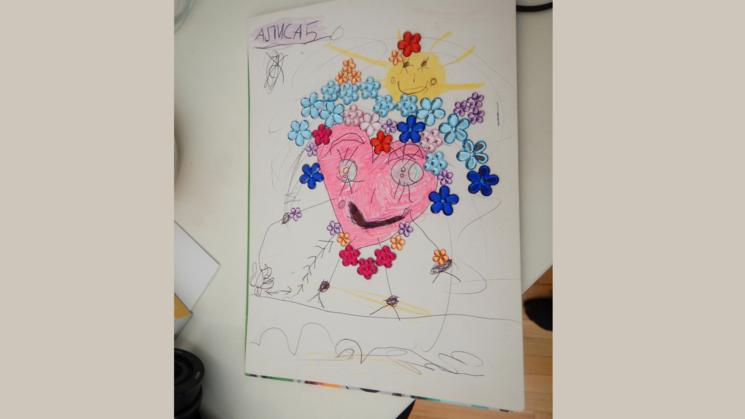 The loud explosions jolted Marina and her husband from their slumber just before dawn outside Dnipro, a central Ukrainian city that spreads out from the banks of the Dnieper River. Confused, they wandered outside their nine-story apartment building and couldn’t believe what they saw: plumes of smoke rising high in the distance. Bombs had hit the airport, just 5 kilometers away.

“We didn't understand what it was, what was happening,” she said. “There were no sirens yet, nothing. It was the first day. And when we were told that across the whole of Ukraine airfields or infrastructure facilities had been bombed, we couldn't even believe that this was a war.”

In the ensuing days Russia’s invasion of Ukraine intensified, and the nearby bombings continued. Each time the air raid sirens would go off, Marina, her husband and their daughters -- Kristina, 10, and Alisa, 5 -- would crowd into the hallway of their two-bedroom apartment. “We don’t even have a bomb shelter nearby, where we could hide. Our block of flats is made of prefab slabs, meaning that, if anything were to hit us, or even land nearby, the building would simply collapse into itself.” Marina and her husband decided she would need to leave with the children, even if their final destination was unclear.

Marina learned that the bank where she works as a business analyst would be supplying buses to employees and their families who wanted to leave. Her husband would remain, however, and continue his job as an industrial engineer, to support Ukraine’s economy.

“We were looking for a safe place, because, well,
like all mothers who are taking their children away,
they simply worry and want their children to stay alive.”

On the eve of their departure, Marina packed her laptop, some clothes, and plenty of water and food because they had heard the shelves were bare at shops along the routes out of Ukraine. Marina told Kristina and Alisa they could each fill a backpack with whatever they wanted. Kristina chose art supplies and a few logic games. Alisa filled her Hello Kitty backpack with stuffed animals, including with her favourites: a My Little Pony toy, Snowflake the white kitty cat, and a blue-collared terrier named Rocky whose grey and white hair has been matted by love. 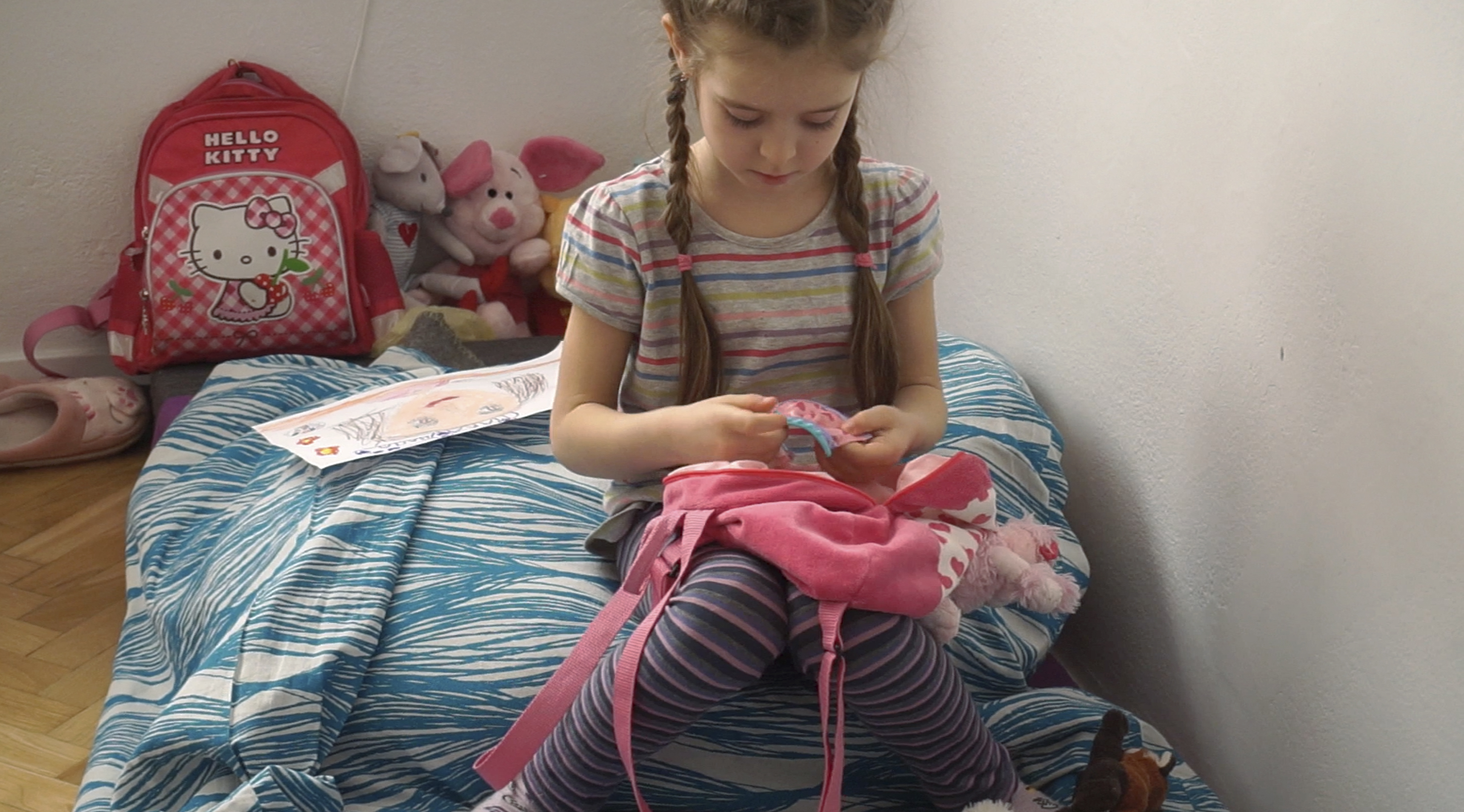 A tearful goodbye: ‘We didn’t know if we would see each other again’
Marina tears up as she recalls her husband and all the other fathers saying goodbye to their wives and children as the buses prepared to leave. “On that day for the first time I saw my husband crying,” she said. “Because we didn't know if we would ever see each other again. We all cried. The children cried. The wives cried. It was awful. The children kept on saying, ‘Mummy, let’s go back home. Let's return to Daddy.’”

Marina and the girls headed to the city of Lviv, then to a smaller town farther west. Along the way she was in touch with relatives, frantically trying to determine where they should go. Then, friends of the family called and said there’s a housing help desk at the Warsaw East transit station run by Habitat for Humanity Poland.

A new home: ‘We can now sleep in peace’
“This is some miracle, how my friends found this organisation, Habitat,” she says, sitting on a beige sleeper sofa inside a one-bedroom Warsaw apartment where Habitat for Humanity Poland has placed Marina and her two daughters. “When we entered the flat for the first time, it seemed to us that here was a place where we can now sleep in peace, without being woken by sirens in the middle of the night, without having to sit in the hallway for three hours in a row . . . My children had a good night’s sleep for the first time. We felt that we had finally found a home.”

Habitat Poland is helping secure shelter for refugees in partnership with the city of Warsaw, which has a database of more than 4,000 residents who have agreed to open their homes to refugees. Habitat runs a kiosk at the Warsaw East transit station, helping get refugees settled into apartments, both those available through the city database and those secured by Habitat Poland through other means. Habitat also arranges hotel rooms for refugees who are headed to other destinations in Poland or other parts of Europe and simply need a day or two to regroup.

The owner of Marina’s apartment said she and her daughters can stay for at least six months. “I am very grateful that we have a roof over our heads, that my children live in safety,” Marina says over the sounds of birds chirping on the balcony and the occasional giggling of Kristina and Alisa, who are playing in the bedroom.

Kristina and Alisa have started to decorate the apartment, putting magnetic butterflies on the stainless-steel refrigerator and the My Little Pony toy on the mantel. They sleep on floor mattresses topped with thick comforters. Alisa has created a neat line of stuffed animals behind her pillow, including Winnie the Pooh, Piglet, and others donated by Polish families. Rocky and Snowflake are there, too, within arm’s reach when she goes to sleep at night.

The Habitat Poland’s ReStore in Warsaw, which, if needed, furnishes apartments that Habitat secures for refugees, is preparing to deliver a bunk bed for the girls along with other furniture and household supplies. 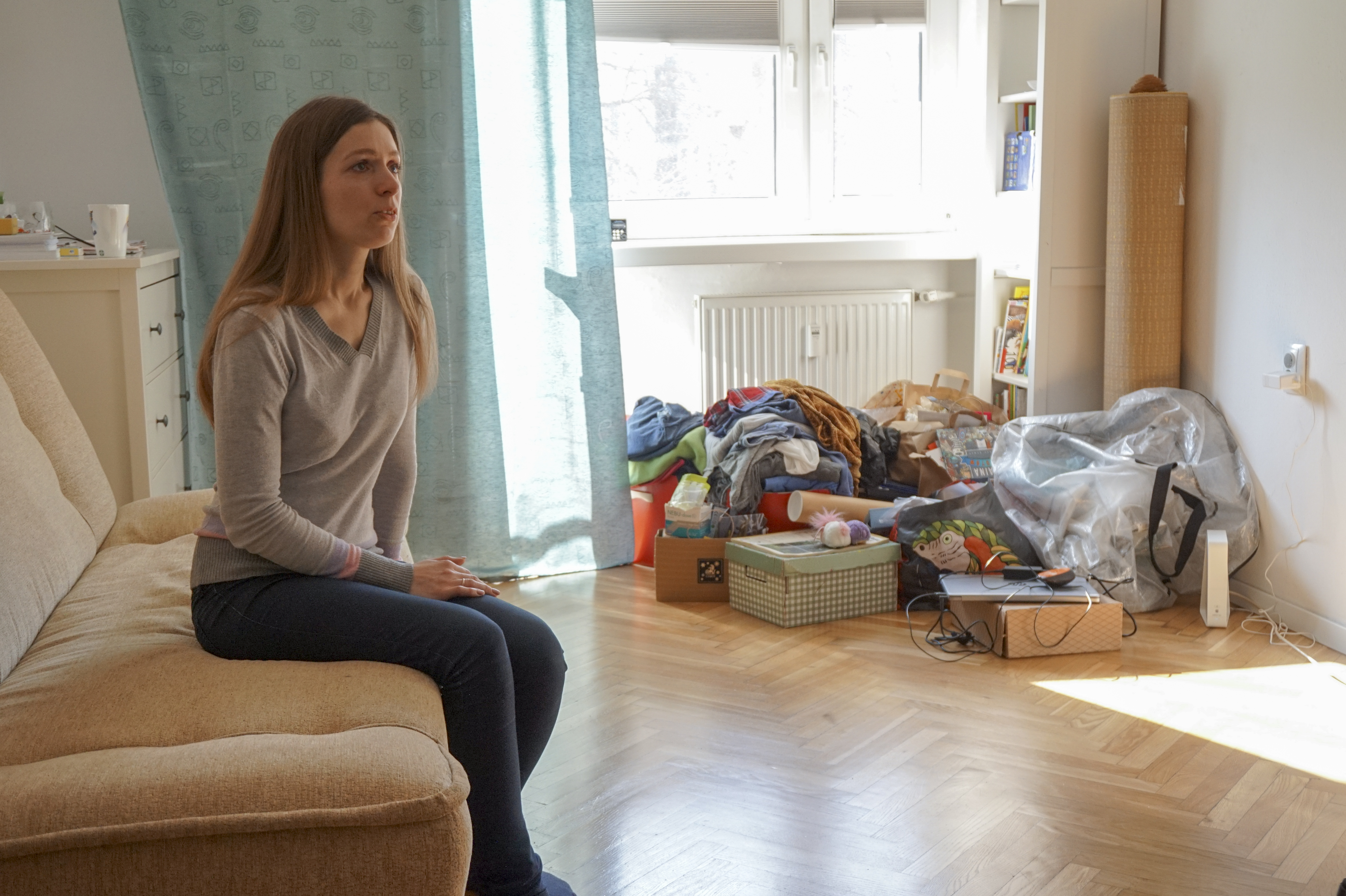 Longing for home: ‘We didn’t realise that this was simply great’
Marina is in contact with her husband often. “He goes shopping on his own, when there is no air raid alert,” she says. “They tell us that the economy of Ukraine should be working …He works for the good of Ukraine now.”

But she fears for his safety. A few days earlier another residential building only 100 meters from their apartment building was hit by bomb and caught fire. Fortunately, Marina says, no one perished.

Marina said she fully expects to return home, but, like so many displaced by the conflict, she has no idea when. Asked what she misses most, Marina says it’s the time spent sprawled on the floor in her daughters’ room, where bright sunlight would wash over all the toys and games. They would play together for hours.

Kindergarten and remote classes
Marina said she’s incredibly thankful for the support the people of Warsaw have given her family. Habitat Poland checks on her regularly, as does the woman who owns the flat. Alisa has started kindergarten and has found comfort in meeting several other Ukrainian refugee children in her class. Kristina, meanwhile, can continue remote classes because her school in Ukraine went to a virtual format when the war started.

But even as Marina tries to settle in more than 1,000 kilometers from home, she longs for the rhythm of daily life before the war. “My husband and I worked, our children went to school, kindergarten, attended studio classes,” she says. “We were always on the go, never had the time for everything we wanted to do . . . We didn't realise that this was simply great. It was life. And that things may somehow go otherwise.”

You can embed a Donate button on your existing website to receive donations. Visitors who click the button will be sent to your Kentaa website to complete a donation.

Simply copy and paste the HTML code to your website and place it in the <head> section of the website. Or ask your web developer to do this for you.